Dibbes was led by Lisbeth.
The leash handling works very well, even in curves
The sitting position is taken on command
Assuming the position in the running direction has not yet been practiced.
Dibbes has no problems at all with uninhabited, shaky objects
He also masters the seesaw with flying colors
Impulse control took a lot of treats
and several attempts
Finally, Dibbes doesn’t take his eyes off Lisbeth
while she goes into hiding. 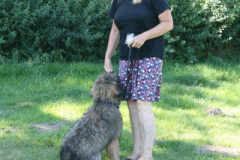 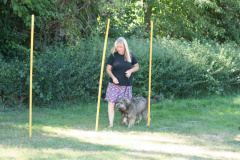 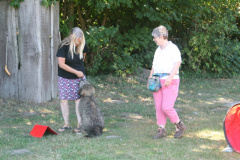 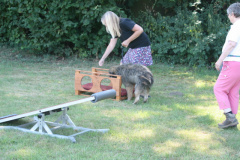 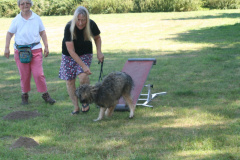 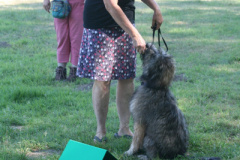 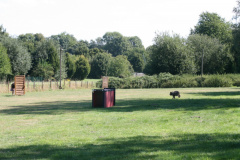 Dibbes and Lisbeth at the parcour – a nice picture

and I run to my mistress