Heike führt Daja
The mat was sniffed at first, then we continued as if this were the most natural thing in the world
The commands sit and down were shown very nicely on the side of the dog handler,
She has the advantage with the wobble board, she knows it from puppy school
she really had fun with the seesaw
while walking around the dog handler, lots of treats were announced.
At first she ran alongside the blind tunnel,
but with the view, at the front and at the end of the tunnel, a mistress,
she showed the trust she had in us.
When called, she was a little runabout. 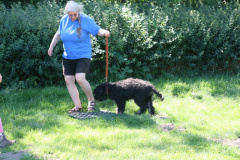 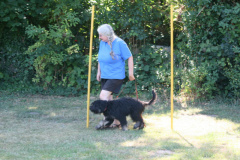 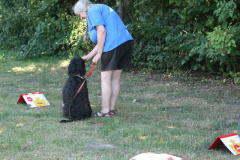 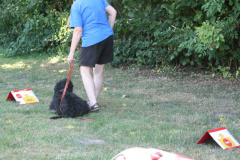 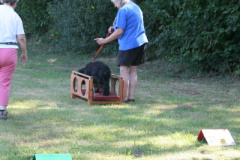 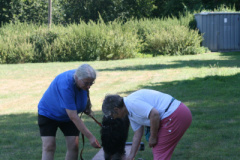 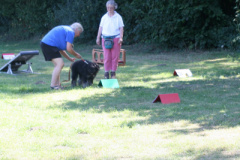 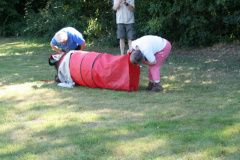 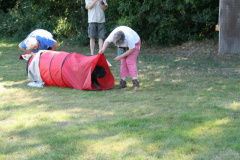 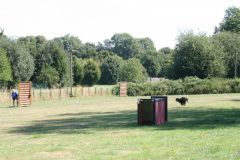 Daja knows the place and likes to work a little.
When Heike was hiding, the Ferrari came to light when it was a matter of getting to his mistress as quickly as possible.